Telling Your Children about Your Divorce — Guidelines for Parents

by Kimberly Killebrew | May 10, 2018 | Telling Your Children about Your Divorce | 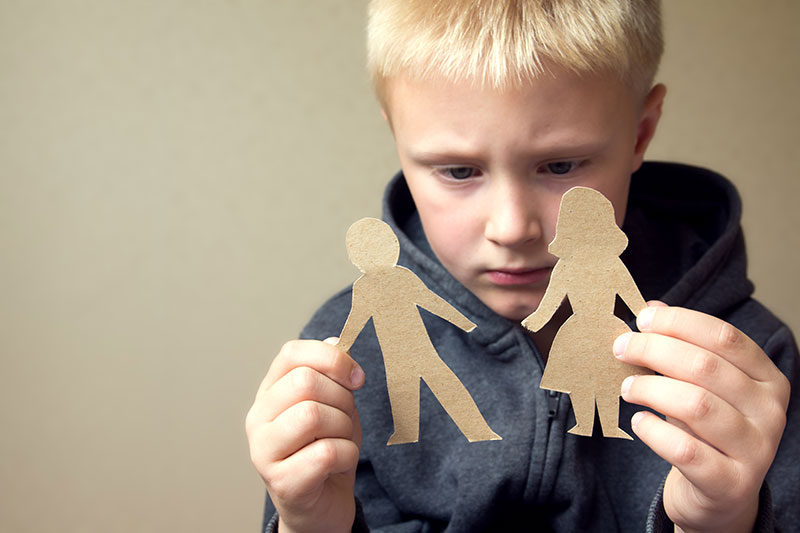 When, Where and How — Telling Your Children about Your Divorce

Telling your children about your divorce can be challenging. Divorce is an emotionally charged experience for both parents and children, and change isn’t easy for most people. Unfortunately, divorce signals a major change in lifestyles and relationships.

When is the best time for telling your children about your divorce?

Timing can be a delicate matter because if possible, you want to minimize the shock and allow your children enough time to adjust to the idea before actual changes start occurring. On the other hand, you don’t want them to know so far ahead that they spend their time dreading the change and fearing the unknown.
Dr. Lisa Herrick Ph.D.suggests parents tell their children two to three weeks before they separate. She believes this is enough time to cushion the impact that the idea of separation could have on the kids. Telling them at the start of the weekend is best because then there will be time to talk with them more about it as questions or concerns come up.

Where should you be when telling your children about your divorce?

Find a quiet space where there are no distractions. Do it in a space where your child feels comfortable, which is likely to be at home.

Are there some ways of telling your children that are better than others?